With the theme of “Caring for the Country’s Carrying Capacity,” the National Academy of Science and Technology, Philippines (NAST PHL) renewed its call for the country to attain the United Nations’ Sustainable Development Goals (UN SDGs) during its 41st Annual Scientific Meeting (ASM) last July 10-11, 2019 at the EDSA Shangri-La Manila, Mandaluyong City.

The recommendations included the creation of a separate department for fisheries and ocean resources, the adoption of a Circular Economy which includes the re-design of plastics, and a call to increase support for the development of STEM faculty and facilities in K-12 and for graduate education scholarships for study in the Philippines and abroad.

The ASM is annually conducted by NAST PHL and aims to formulate science-based, research-backed recommendations that will be transmitted to the President of the Philippines, the Cabinet, the Senate, and the House of Representatives for their appropriate action. 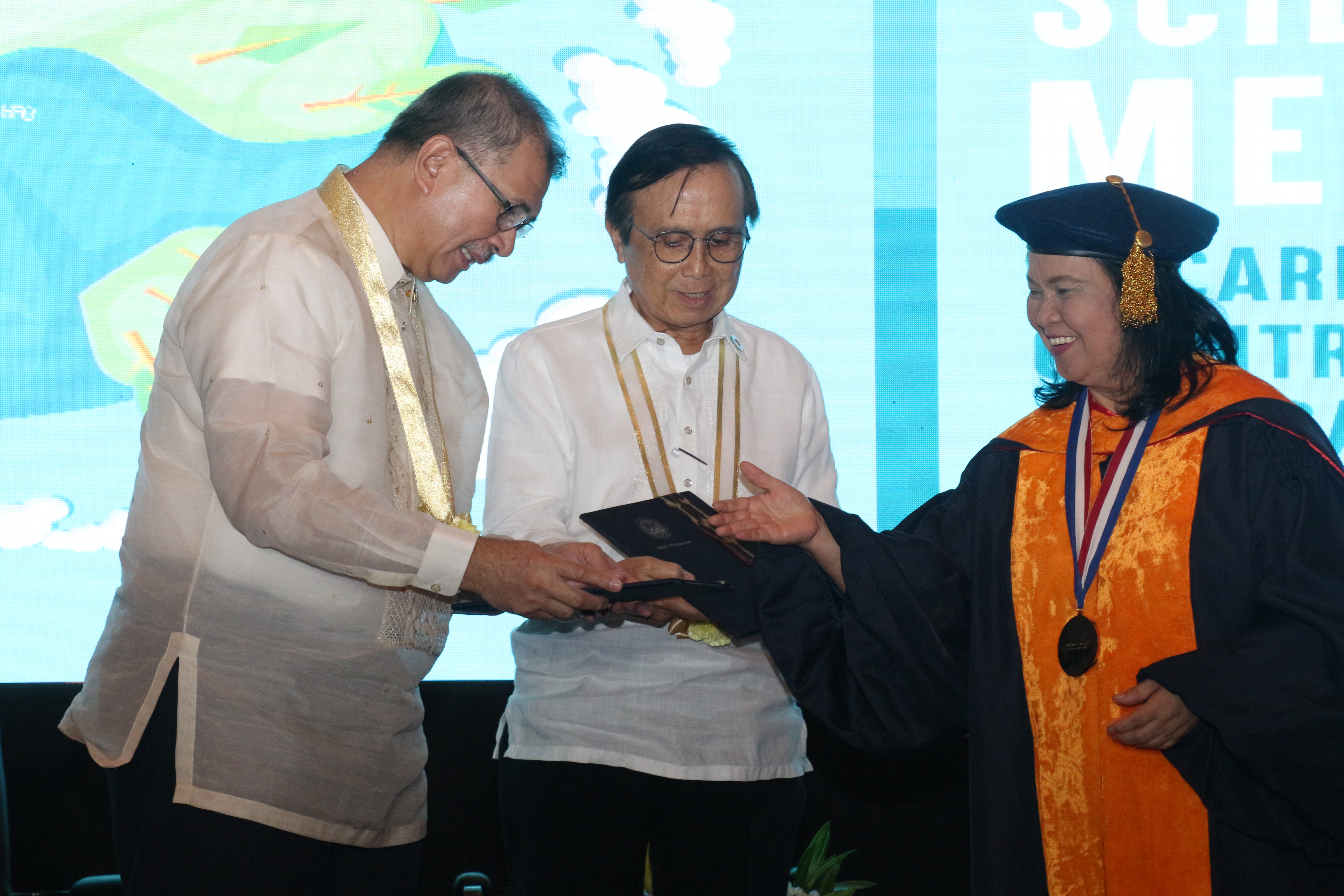 Dr. Andrew H. J. Wang of the Academia Sinica and Professor Yoo Hang Kim of the Association of Academies and Societies of Sciences in Asia (AASSA) served as keynote speakers for the two-day ASM which is the largest gathering of the country’s top scientific minds.

Dr. Wang discussed some of the developments in the field of biotechnology in Taiwan, highlighting the achievements they have made in medicine and agriculture among others. He expressed big expectations regarding the renaissance of biotechnology in the Philippines. Meanwhile, Professor Kim gave a short orientation regarding AASSA’s activities and major projects. He mentioned the various workshops that AASSA conducted, including two events in the Philippines last 2015 and 2016.

NAST PHL President Academician Rhodora V. Azanza delivered a brief report regarding the updates on the 40th ASM Resolutions, including those related to the potentials and management of the Philippine Blue Economy. This was followed by presentations by National Scientist Ernesto O. Domingo on the Universal Healthcare Law, considered a victorious feat by the Philippine health community, and by National Scientist Lourdes J. Cruz who discussed the Future Earth Program in the Philippines, a project that tackles the agenda of sustainability in the country. Recognition of NAST awardees, conferment of new members

During the ASM, NAST PHL also recognized outstanding contributions in the field of science and technology in the Philippines.

One of the main highlights of the ASM is the presentation of resolutions which were formulated from the Regional Scientific Meetings (RSMs) which were held earlier in Luzon, Visayas, and Mindanao.

Support for higher education and improvement of R&D

NAST PHL outlined the concerns of the academic and research sector in its resolutions. It called for an increase in support for the development of science, technology, engineering and mathematics (STEM) faculty and facilities especially in the K to 12 program and the promotion of talent acquisition to boost the country’s competitiveness.

One key resolution of NAST PHL in support of the Research and Development Sector was the call to reform the procurement system with regards to STEM R&D. This was a concern by most scientists, saying that their research work is being hampered by the hyper-regulated procurement system brought by the Government Procurement Reform Act (Republic Act 9184). NAST has been calling for amendments in the procurement law to ensure the smooth conduct of research and development work.

A bill that specifically addresses the procurement system in relation to STEM research and development has been filed in the House of Representatives by Bohol Congressman Erico Aristotle Aumentado, but has since been pending in the Committee Level.

In light of the problems faced by the country in terms of plastic waste, NAST PHL called for support to “consolidate, pass, faithfully implement, and adequately fund proposed legislations at the local and national levels on the phase-out of non-biodegradable single-use plastic materials”.

A bill in relation to plastic waste has been filed in the Senate by Senator Francis Pangilinan for the 18th Congress (2019-2022). The Senate Bill No. 40 aims to regulate the manufacturing, importation, and use of single-use plastic products and provide the necessary penalties and incentives.

NAST PHL reiterated its call to the government to establish a separate Department of Fisheries and Oceans that will handle the marine, aquatic, and fisheries affairs of the country “to assure sustainability of food from our marine and fresh water resources.”

During the 39th and 40th ASM, NAST PHL had already called for the creation of the Department of Fisheries and Oceans in line with the campaign of NAST PHL to develop the country’s blue economy which consists of aquaculture and capture fisheries, ocean resources, marine tourism, and shipbuilding industries among others.

It can be recalled that President Rodrigo Duterte made a campaign promise to establish a separate department that will cater to the needs of the fisheries sector. Several lawmakers, including former House Speaker Gloria Arroyo and Senator Risa Hontiveros, filed their versions of the bill during the 17th Congress. Senate President Pro-Tempore Ralph Recto also voiced out the need to create the Department, stating that “it makes sense to have a Secretary of Agriculture to oversee 10-million hectares of agriculture land and a secretary of fisheries to oversee 250-million hectares of fisheries [in the] EEZ (Exclusive Economic Zone).”

A bill on the crafting of a national land use policy (House Bill 5240) has been approved by the House of Representatives during the 17th Congress. However, the Senate version of the bill remained pending in the Senate Committee on Environment and Natural Resources. A similar bill was filed in the current 18th Congress