National Scientist Ramon C. Barba, A Renowned Scientist on the Innovation of Mangoes Propagation Dies At 82

Dr. Ramon C. Barba, the scientist behind the year-round availability of fresh mangoes, has passed away on October 10, 2021 at the age of 82.

Dr. Barba was known for his distinguished achievements in the field of plant physiology, focusing on induction of flowering of mango and on micropropagation of important crop species that have earned him national and international accolades. He pioneered the induction of flowering and fruiting of mango resulted to availability of abundant fresh mangoes all year-round. He developed the plant growth enhancer, using potassium nitrate, which was locally and internationally patented. He also worked on the micropropagation of sugarcane and bananas. This significant breakthrough in flower induction and micropropagation has been adopted by other countries producing fruit trees. 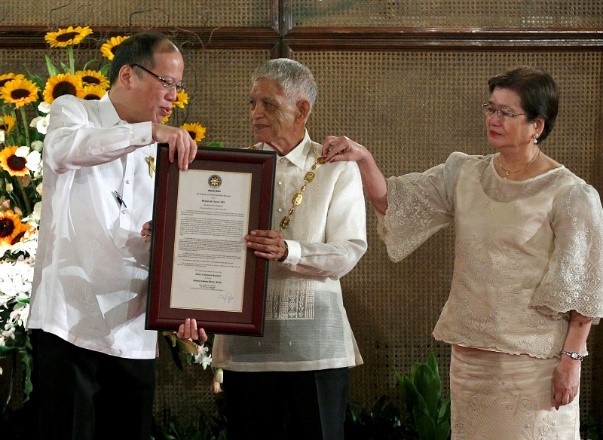 National Scientist Barba and his team at the Institute of Plant Breeding (IPB) at the University of the Philippines (UP) Los Baños developed the tissue culture protocol for banana in order to produce large quantities of planting materials that are robust and disease-free, allowing for annual replanting, which brought major shift in banana production system, now a standard practice in large farms not only in the Philippines but also in other countries in Asia, Africa, and Latin America. Together with his research team, they developed micropropagation of several crops made a rapid, enormous impact to farmers and major shift in the production system of more than 40 important species of ornamental, fruit, and plantation crops, aquarium plants, and forest trees including cassava, white potato, rattan, bamboo, ramie, derris, garlic, and shallot.

Through the innovative methodologies of NS Barba, he garnered several awards such as The Outstanding Young Men (TOYM) of the Philippines for Agriculture by the Philippine Jaycees (1974), Rizal Pro Patria Presidential Award for Tissue Culture (1980), the Most Distinguished Alumni Award, University of the Philippines (2004), and the SEARCA-Dioscoro L. Umali Achievement Award in Agricultural Development (2011), among others.

In 2004, Dr. Ramon C. Barba was elected to the National Academy of Science and Technology, Philippines as academician and was conferred the Order of National Scientist by the virtue of Malacañang Proclamation No. 783 signed by President Benigno S. Aquino III on June 6, 2014; the highest recognition given to a Filipino man or woman of science in the Philippines who has made significant contributions in one of the different fields of science and technology.

A necrological service for NS Barba will be held on Saturday, October 16, 2021 at the Department of Science and Technology Plaza. Interment will follow at the Libingan ng mga Bayani in Fort Bonifacio, Taguig City on the same day at 12:00 noon